This series called Flexion is named so for the way the figures are drawn while posing on a reflective surface. In one way, flexion is short for reflection, but that's too simple. The real reason is that the definition refers to two bodies moving toward one another, as in, the opposite of extension. I see them as self reliant, especially on the subject of intimacy. There is another aspect to this series of four drawings that is impossible to detect through a static, two-dimensional image, and that is the fact that the drawings rotate 360 degrees, frame and all! I'll explain more in the columns to the right of the following three images. 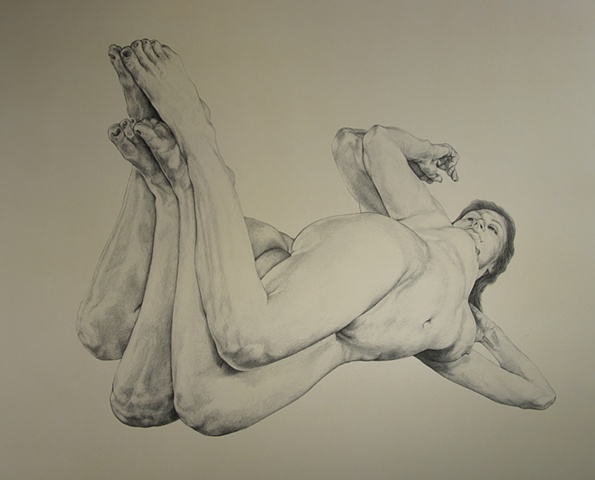